I’ve been living in Los Angeles and writing lots of tunes for a new album. My brand new, LA based lineup will be performing a set of ALL NEW SONGS this month, starting in San Francisco, then in Santa Cruz and finally in LA! Just click on the Tour page for details. 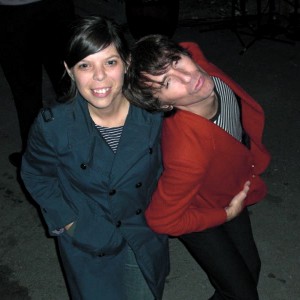 ome formidable friends. JESSICA ESPELETA helped me tour the Palaces album back during the ’08 presidential campaign. She’s been in bands most of her life and has played with Tamaryn, Mark Burgess, Weird War and Love As Laughter just to name a few. We’re together again in the ’12 campaign and she’s been solid as the rock of gibraltar on bass guitar. We’ve got NATHAN SHAFER of old AF labelmates, Hard Place on keys. I’ve been covering one of his songs for years and its about time we actually play some music together! BD band alum PAUL BURKHART (Mover, Willow Willow, White Music) conveniently relocated to LA before I did. He is thankfully back on drums and heavily caffeinated. I first saw guitarist WAYNE FALER last year, playing with an artist I like a lot called Devon Williams. I was quite impressed with Wayne and even more so later on when we found ourselves playing together in a one-time super group, a tribute to the classic Rough Trade catalog. His ability to enhance and improve any song he plays on is a wonder on god’s green earth. So if you’re in or near any of these CA cities, stop by and feel the magic as I continue to strive to evolve, to confuse and distract you from the increasing stress and anxiety of modern life.