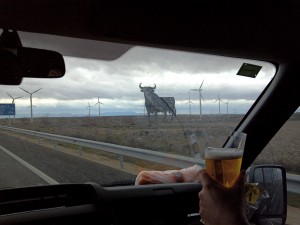 Spain at a glance

It seems like I blinked and January was nearly over. Happy belated New Year to all yall! The end of 2012 was a busy time for me, recording, then touring Germany, followed by Spain and finally back to California to mix the new album. The Spanish tour was particularly epic. Gigantic thank yous go out to Joan Guardia, La Castanya, Houston Party and of course the four gentlemen who make up the group, Biscuit, possibly the loudest band in Catalonia. We covered a lot of territory, both geographically and spiritually. It was my thirteenth trip to Spain and surely one of the most memorable. Special thanks to Pinky!

I arrived back in LA just before Christmas and immediately joined producer, Luke Top to finish mixing the new album. That record is being mastered as I write this! 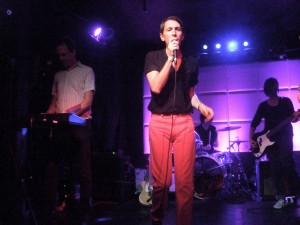 Details for its release will be forthcoming and announced here soon. Meanwhile, its time to do some more live shows. The first two cities to be rocked in 2013 will Be San Francisco and Los Angeles! Me and the band can be seen and heard on February 1 at Cafe DuNord in SF along with some of the bay’s best: Hot Lunch, LENZ and Puce Moment. Then Thursday, February 7 we’ll be in LA at The Satellite opening a record release night for Big Search. Check the ‘Tour’ page for details and we’ll see you there!